This project began as part of my life‐long dream to advocate and work for the welfare of the ‘rejects’ of the society. In Obike, from where I come, there is the inhuman culture of overlooking the needs of widows. Lands and such similar properties are often communally owned. Yet, rights to such lands and related resources of the community are, more often than not, associated with men. So much so that, as soon as a woman’s husband dies for whatever
reason, she loses, at the same time, every right to those common resources of the community.  At best, she is treated as a second class citizen whose needs are considered, if at all, only when the needs of those whose husbands are still living are met. In addition, living in a country without health care, food stamps, or any kind of provision for the poor and needy, these women, the majority of whom are illiterate, find no means of sustenance. For most, a meal a day is an exception, while health care is an unaffordable luxury.

Esther, as an example, has for over two years now had her womb come out of her birth canal, yet no remedy is in sight. The best of them are suffering from one preventable ailment or another, and … read more

……most of them remain in extreme poverty. Their children are even worse. Besides the ones who have lost both parents, the majority of children do not know the luxury of three square meals a day. By American standards, basic for these poor victims would be more than luxury, it would be affluence.  About eight years ago, whilemy little four year old niece was visiting Nigeria from the United States with her parents, she, at some point, removed her clothes and went naked because most of the children she saw had no clothes on. However, she did not realize that those children were not naked by choice.  Education for these kids is, to say the least, impossible.

I lived in the midst of these needy souls growing up as a young seminarian. However, given my condition as a student, I was incapable of helping. Watching some of them die of hungerand preventable diseases was the most brutal experiences of my life. With my meager resources, immediately after my priestly ordination, I began to offer them some help. I would go back to the village each time I received my monthly stipend, which was less than 150USDa month, and  distribute it among them or purchase food items that would be shared among them.  Although, what that money could afford was very insignificant, the joy and hope it brought them was huge.  I will not forget so easily that, on many occasions, the distribution of these items, inspired very deep smiles from the heart, while for others, it broughttears of joy. According to them, the reason for this kind of embarrassing response was a certain consoling feeling that at least someone was thinking about them and that hope, for them once dead, had become once more alive.

But all this would be short‐lived as I had to leave for Europe to further my studies.  Once I left they returned to their sorrowful mysteries and to long nights of misery caused by deprivation and cringing poverty.

As a student in Rome, you can imagine how much help I could give. However, with the help of some high‐minded and bounteous friends with whom I shared their ordeals, we decided to initiate a charitable non‐profit organization towards their self sustenance. This organization aims to ensure that we give them not only food, but also, if possible, provide them with long term means of sustenance, such as: helping to train them with skills acquisition such as soap-making, sewing, weaving, petty‐trading,subsistence farming, et cetera; and to equip them after the training with funds so as to benefit from the skills so acquired.

I  invite you to join this noble cause and to ask you to help spread this gospel among your kind hearted friends. Join in this project to save lives, and to bring sunshine back into the lives of many abandoned in the cold of hunger, deprivation and misery. Make yourselves available instruments for use in the hands of God. 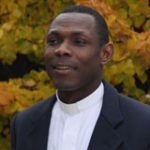 This is a call to rise to the needs of the least of our brethren. (Matt. 25:31‐46) It is a request, above all, of your little given in love, for it is not as important how much we give as it is, how much love there is in what we give. Sow a seed that will remain forever in the heart of history and in the hearts of mankind.